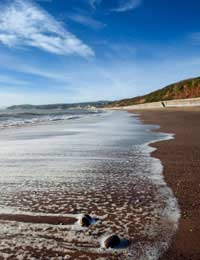 Mention “wildlife holidays” and almost unconsciously most people conjure up rather exotic images of African safaris or time spent watching wolves in the Carpathian Mountains forgetting that Britain has its share of wildlife too. Although they are admittedly seldom so spectacular – nor large – as the fauna of more far-flung lands, never-the-less there are more than enough home-grown furred, feathered and scaled creatures to satisfy the most ardent enthusiast. Add to this the inescapable fact that the nearer you stay to home, the less damaging your trip is likely to be and Britain becomes a serious contender, where you can indulge your need to walk with wildlife, while minimising your holiday’s carbon cost at the same time. Between the Golden Eagles and Red Deer of the Scottish Highlands and the butterflies and reptiles of Dorset’s chalk downs, from one end of the country to the other, there is something for everyone.

Call of the Coast

The sea has always played a huge part in Britain’s history – both natural and human – and the coastline has a powerful pull when it comes to holidays. If the lure of islands appeals, then ten miles off the coast of Devon lies Lundy – a small granite outcrop, standing at the point where the Bristol channel meets the Atlantic, with nothing but thousands of miles of ocean between it and North America. As unusual an environment as you are likely to encounter – at least this close to home – the island is a paradise for birds, Sitka deer and wild Soay sheep, while seals, basking sharks and dolphins lurk around its shores. This was the first underwater reserve in the UK and diving in the clear waters is closely controlled, making it a first class destination for the marine naturalist. Since transport to the island in the first place is limited, this destination always remains un-crowded – an un-spoilt wildlife haven for the eco-traveller to enjoy.

At the other end of the country, Scotland’s islands offer the opportunity to encounter quite different wildlife, many of which are at the southern extent of their range in these northerly regions of the UK. At 60 degrees North – roughly the same latitude as St Petersburg, Helsinki or Anchorage in Alaska – Shetland hosts bird species which belong in the Arctic and here, amid the huge sea-bird colonies, the Red-necked Phalarope finds it’s most southerly breeding grounds. A little further south, Fair Isle and North Ronaldsay – one of the Orkney Islands – each boast a world-class bird watching station, while head to the Western Isles and otters and Sea Eagles await.

If the idea of getting really close to marine life appeals – but without the scuba gear – you might like to consider a holiday afloat. The Whale and Dolphin Conservation Society offer a range of tours through their own travel wing – Out of the Blue – which include the waters of Wales and Scotland as well as more exotic locations from the Arctic to the Azores. Alternatively for around £500, you can spend your holiday aboard the Wildlife Trusts Partnership’s 40ft sailing yacht, surveying basking sharks.

Turn your attention inland and the opportunities are no less diverse and just about every possible wildlife interest is catered for somewhere, whether it is lizard hunting in Hampshire, moth surveying in Devon, or looking for red kites in Wales. The Sussex Wildlife Trust, for instance run short breaks with a local expert on hand. Depending on the time of the year they focus on migrant birds, butterflies and dragonflies, or woodland orchids.

For those who favour flora over fauna, there are holidays which will take you to the chalky soil of the Isle of Wight, or the limestone dales of Derbyshire and South Yorkshire, where you can experience the variety of native plants at first hand. Winter holidays are no problem either – Britain attracts large numbers of over-wintering waterfowl and waders to areas such as the Solway Firth, Morecambe Bay and river mouths of Cumbria.

The ready availability of international travel can often make it easy to forget what can be found without leaving these shores. With its wealth of flora and fauna, Britain has much to offer as a wildlife holiday destination – and getting there could hardly be easier.