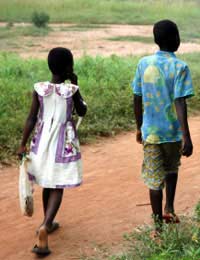 Tourism can undoubtedly bring benefits to an area protecting pristine habitats and conserving cultures and wildlife in some of the world’s poorest countries and revitalising regions within developed nations where traditional industries have declined, but it often comes at a cost. This effect is, of course, most keenly felt in the developing world where the stark juxtaposition of affluent consumerism with subsistence lifestyles jars most noticeably. As a holiday-maker it is impossible to avoid the simple truth that the loose change lying forgotten in your bag would feed many of the local people for the best part of a week. If you notice their poverty, how can they fail to notice your wealth? The more well-attuned your social awareness, the more difficult it is to ignore that tourism is essentially rooted in this inequality. However, there are more problems than simply forcing people to come face to face with that particular reality.

It is not simply the disparity of economic influence which can affect tourist areas. Other factors such as the collapse of traditional lifestyles, values and moralities can also be influenced and eroded by contact with travellers from different lands. This issue is, however, a difficult one. As the age-old adage tells us “travel broadens the mind” and this is often taken to mean that by going to other countries and experiencing their ways, we become more open and accepting of doing things differently ourselves.

The problem is that this is, inevitably, a two-way street; if we are open to learn from the meetings we have with other cultures and societies on our travels, why should they be any the slower to assimilate some of our values? There will always be an element of the “grass always being greener” – but does that make a particular view any the more or less valid? In truth, the answer has to be “no” and in as much as from our perspective “they” remind “us” of what we have turned our backs on in the material west, then perhaps, at least for some, we may represent their aspirations. In the west, social values are often more fluid and ill-defined, beyond the most broad of consensus; this model does not fit well alongside a more structured and traditional society and for those who do embrace the alien culture – however slightly – life can be difficult. One outcome is mounting dissatisfaction and disaffection; the other is the gradual disintegration of a way of life which in many cases was the reason tourists came in the first place.

Some of the negative effects of tourism are much less philosophical. In many areas, crime increases dramatically during the tourist season, falling back to more usual levels when the visitors have all gone home. Although much of this will be targeted at the supposed easy pickings of the tourists themselves, it is not without its repercussions on the local population and the police and consular authorities on the ground. In some places, the price of many staple foods and other essential items can be hiked up considerably to maximise the catch of tourist dollars, but this artificial inflation can often catch local people too – who often can least afford it. In addition, in countries which are rich in wildlife and natural beauty, although initiatives to bring in tourists often contribute to parts of the local economy, by no means everyone benefits. It is also one of eco-tourism’s greatest ironies that attempts to safeguard the environment can also make life worse for indigenous people, particularly if vast swathes of their traditional lands become part of a protected reserve.

There is a well established principle in science that you often alter the thing you observe just by the act of observing it. In many ways, tourism is no different – it is impossible to visit “untouched” lands without leaving your touch upon them, somehow. With many of the world’s most beautiful and fragile eco-systems inhabited by some of the poorest people, it is inevitable that tourism throws the often conflicting environmental, economic and social forces into sharp relief. Much of the damage is unintentional; even if we try to live up to the responsible traveller’s mantra of taking nothing but photographs and leaving nothing but footprints, sometimes the footprints we leave will be deeper than we think.